The owner of this1450 sqft duplex unit in a Singapore condominium, an airplane pilot, requested for an update to the interior that combined functionality with a clean aesthetic. The existing layout comprised an upper level with the principal living, dining and entertaining spaces, and a lower level with 3 existing bedrooms, bathrooms, linked by a dark hallway. The upper level benefited from a lofty double-height living space with clerestory windows; the lower level, while having windows on 2 opposite sides, suffered from a dimly-lit and underused central hallway.

IDC responded by exploiting the uniquely high, naturally-lit volumes of the upper level, while opening up and consolidating the spaces of the lower level to maximise usability, and natural light and cross-ventilation. 2 adjoining bedrooms were combined into flexible accommodation comprising a sleeping space and a TV room linked by sliding wall panels. The previously unused hallway was transformed into a bright, airy study by allowing light and ventilation to penetrate from the enclosing bedrooms.

A limited palette of materials was selected for their tactile qualities, including natural oak floors and cabinetry, luxurious marble slabs, and rough-cut suar timber panels, juxtaposed against floating white volumes. 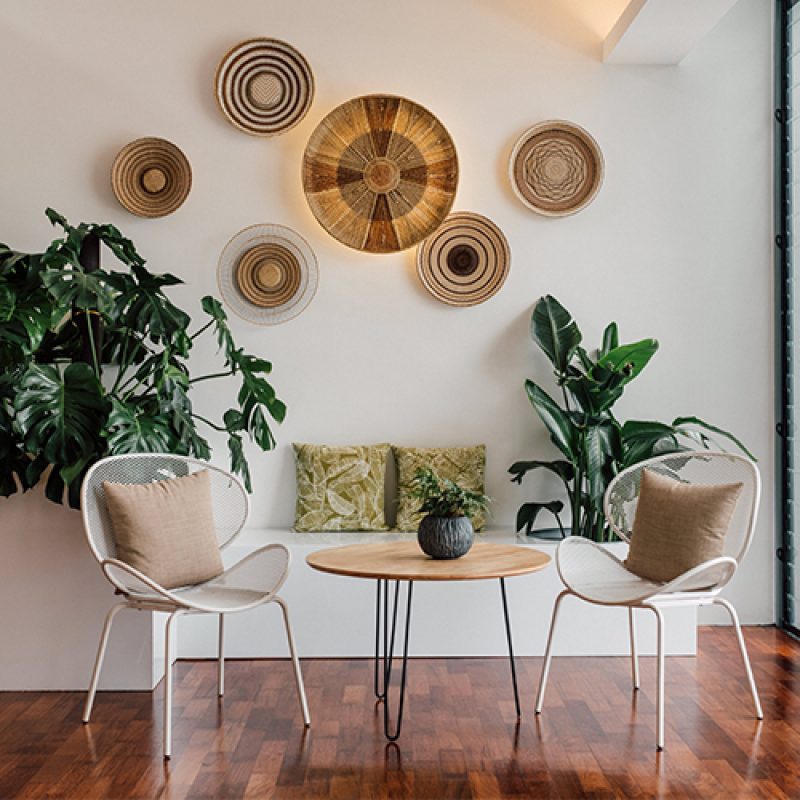 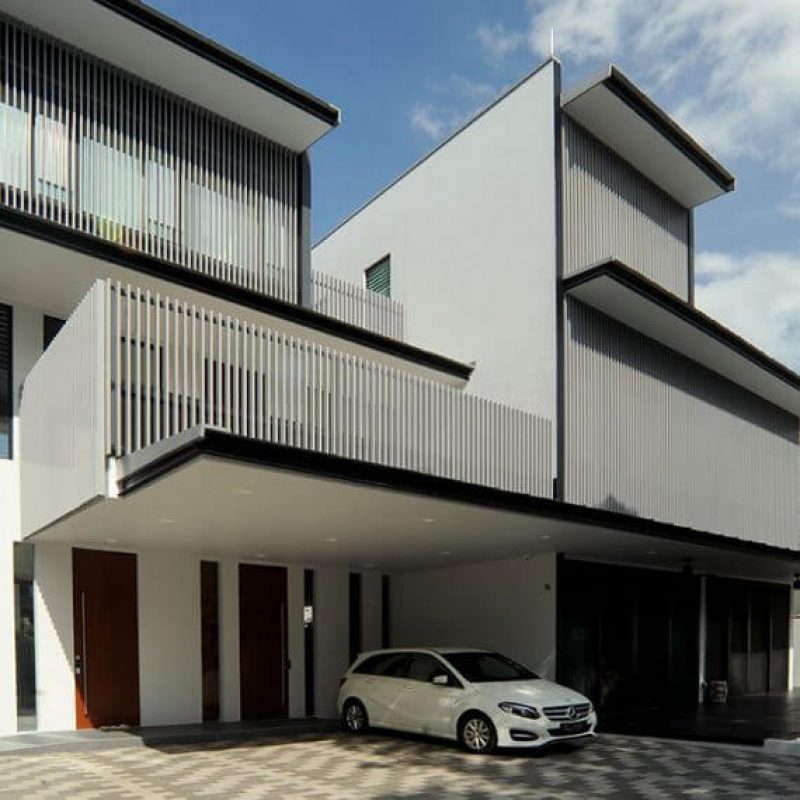 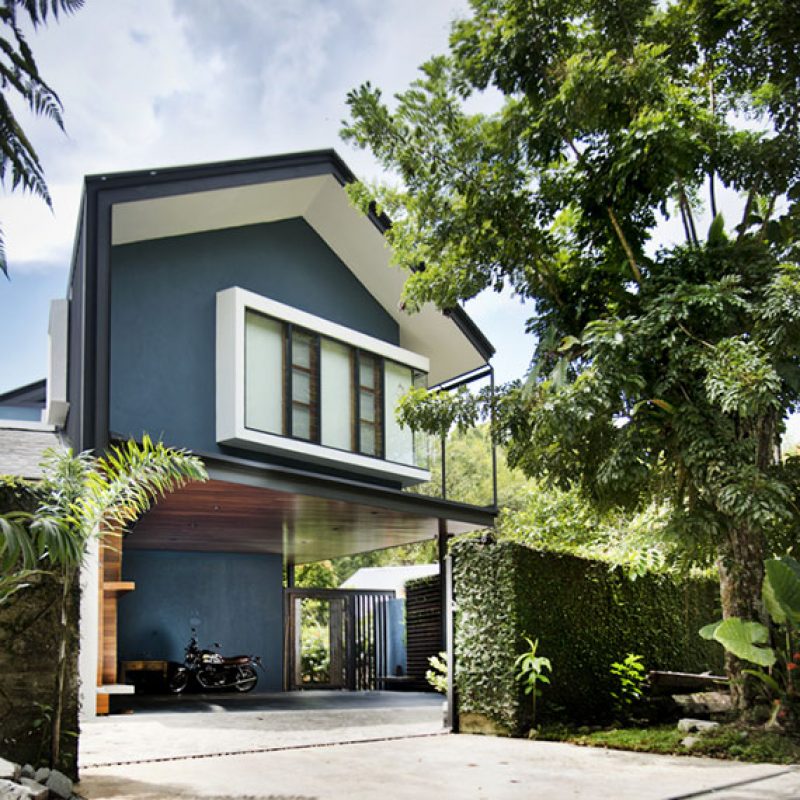